Nobody is Watching You

Do you ever feel like you're being watched as you pursue your goals? You're not alone. Our social media-centric society is partly to blame for feeling like a bug under a microscope. Don't let the feeling stop you.

When I was young, I felt like I was constantly being watched. Like my life was The Truman Show or something. Okay, maybe you're too young to know what that is. How about the Kardashians? I felt like a Kardashian when they were messing up.

What that does to a creative young person is it limits them. It introduces shame into their already potent cocktail of feelings.

I rarely put myself out there as a writer and creator with ease when I was in my teens and 20s because I was so paranoid about what this world that was watching my every move would think and say. I worried about feeling rejected, and that feeling stopping me dead in my tracks.

The irony is that this worry, and these imaginary snoopers and bullies stopped me dead in my tracks. I partly blame social media for this, which was in its nascent stages when I was young, but was still enough of a force to make me feel overexposed.

But I also recognize that I was a key player in manufacturing this fantastic excuse to not push myself into my art. Here's a secret: I still do this. I think all creative people feel inertia and fear when it comes to learning in public.

I won't blame myself too much though. It's hard being young and feeling secure. Especially today when social media is wild and pervasive.

What I find deeply encouraging though is that we still live in a society and culture that honors effort and consistency. It's possible to fall into a rhythm with your creative work, and make small tweaks to your habits to sustain that rhythm.

For example, remove social media apps from your phone so you feel less tethered. Commit to honoring your art, whatever it may be, in some small way each day at the same time.

I am here to tell young people things I wished somebody had told me. Today, I'm here to tell you that you are not being watched. You're free. You can create anything in secret. The good news is that people are so distracted with their own sh*t, they won't even notice your small and early stumbles.

What the world will recognize though is your dedication in hot pursuit of your goals. So keep tinkering in your secret world and let people in when you're ready. You're in charge.

The link has been copied! 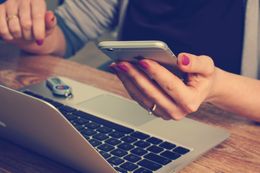 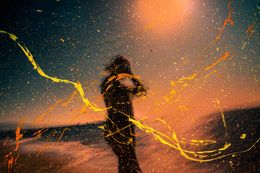