I used to think that checking and responding to emails throughout the day was a strong and efficient work habit. It ended up draining my creative reservoir.

I recently read a HBR article called, "The Cost of Continuously Checking Email." It was linked in the email signature of a colleague, and it sadly affirmed me in one of my anti-productivity tendencies: continuously checking email.

For years I have wrongly treated checking and responding to emails throughout day as a good habit. I thought I was being prompt and efficient knocking those puppies out of the park.

It's only after I started getting busier, valuing my time more, and noticing the peaks and valleys of my energy throughout the day did I realize that this is a hugely counterproductive habit. Moreover, it's a spiritually unsound habit. I'll explain.

The peaks and valleys are where it starts. A few years after student life and into a steady work life, I began noticing the changing rhythm of my body and breathing throughout the day.

When I started the work day too early by responding to emails in my pajamas, I noticed that I was breathless the entire day. What I did first thing in the morning set my pace for the day.

I also noticed that I would be slower after eating and it was hard to focus on brain work later in the day. There were also parts of my day where I experienced creative bursts and moments of flow, most often when I was deeply engaged in a project.

The natural optimal and suboptimal windows in my schedule emerged from the fog of my being, and the knowledge was mine to honor by allocating my time more wisely. That meant saving important work for peak times, and saving emails for less rich time.

But guess what – I consistently fail at honoring this, and it eats away at my productivity and peace of mind on a regular basis. I find myself spending precious time on reading and returning useless messages. (I know there are important ones sometimes, but let's be honest, most aren't.)

Email is a so-called productive person's social media scapegoat. "I'm not on Instagram, I'm working!" It's the most elitist of online distractions.

As I've thought more and more about this, it's become a revelation of great spiritual import: continuous email checking is not only a thief of time, it's a thief of the self.

Don't expend your soul on trivia.

I read something to the effect of this in Parker J. Palmers, A Hidden Wholeness: The Journey Toward an Undivided Life. The context is a story about a sculptor who gets commissioned by a prince for a statue, and focuses on doing inner work before the job. He believes the sculpture's true form will reveal itself to him if he stills himself enough to behold the vision buried in his soul.

I have come to see frivolously reading and responding to emails as expending my soul on trivia, and it's a necessary habit pivot if I am to discover and get my true work done. Noise keeps me from true work, the work I am most aligned to do and contribute to the world as my most authentic self.

Email is just one of those fixtures that has become emblematic of the choice we all have with our time, and the infrastructure of habits we build to honor (or dishonor) those choices.

I noticed that the person who linked the HBR article in his email signature only responds to inquiries between 6:30am-7:30am each morning. I have come to respect him for guarding his soul throughout the day, not expending it on "trifles that were not to the point."

The link has been copied! 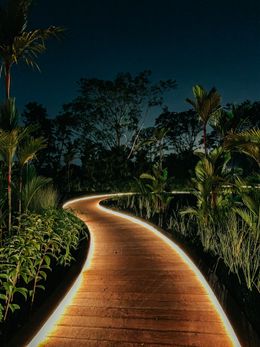 The Best Careers are Nonlinear

Nobody is Watching You 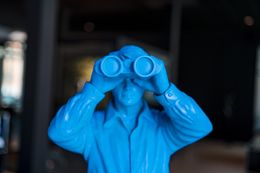